Home » Technical SEO » Google RankBrain Algorithm: What Is It?

Google has the most market share of web search engines for more than 15 years in almost all regions. This is mostly because of the effective and user-friendly algorithms that Google developed over the years such as Panda, Penguin, or Hummingbird updates. Google RankBrain, which was introduced in late 2015, is very much like these algorithm updates but is probably the most influential one. It displayed the successful usage of artificial intelligence on search engines.

RankBrain algorithm was mainly introduced to fix one yet a huge problem with Google search quality. Thanks to the RankBrain, Google also considers the context and other specific metrics for a search query. So it can come up with relevant results even for the keywords, questions, or names that have never been used on Google before.

RankBrain algorithm uses machine learning to understand the users’ intent better while searching. Besides this, RankBrain also increases or decreases specific SEO ranking factors in significance of domain authority, backlinks, and content quality. RankBrain does it so well that the process becomes easier to manage for Google and efficient for the users.

Although RankBrain is technically an algorithm, it constantly updates itself to be more efficient with artificial intelligence and machine learning. Google never really revealed how Google RB works, but experts have some solid arguments about certain topics. For instance, we know that RankBrain is good because it uses organic CTR, bounce rate, dwell time, and pogo-sticking metrics to display valuable search results. Besides this, RankBrain also ignores long-tail keywords that often puzzle the user experience.

What is Google Algorithm?

A Google algorithm’s a complex system that retrieves data from its search index and almost instantly delivers the best possible results in ints SERPS for a query. Google uses a variety of algorithms and other significant ranking signals to accomplish that.

Is Google search engine an AI?

Although it is safe to say that Google search engine is powered by AI and Google uses machine learning wherever suitable, it is not entirely run by it.

Why did Google introduce RankBrain?

Before RB, Google could not display efficient results for the %15 of all new search queries. RBalgorithm mainly enabled Google to understand the context of new searches.

Google RankBrain algorithm is one of the most efficient algorithm updates that Google had ever implemented. RankBrain elevates the user experience while searching as it uses machine learning to get better and better.

View all posts by seo 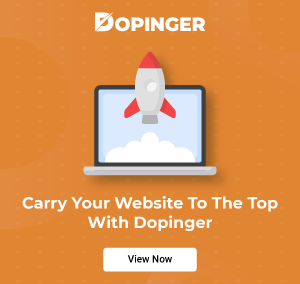